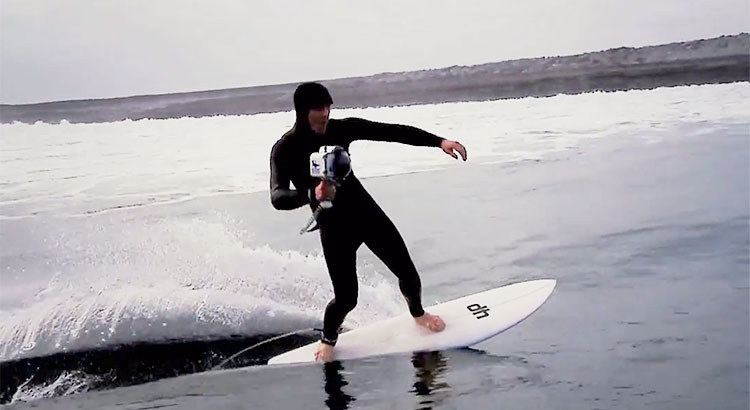 We recommend you check out a really beautiful and inspiring video by Astray Films and COTW featured surf photographer Mickey Smith titled “The Dark Side of The Lens”. This is the first in a new series called “Short Stories” by Relentless Energy.


DARK SIDE OF THE LENS from Astray Films on Vimeo.

The first Short Stories film, by renowned photographer and bodyboarder Mickey Smith, explores his world as a true waterman – both as an athlete and artist, and is called The Dark Side of The Lens.

“Originally I planned for the film to be more anonymous, rather than biographical, an all encompassing piece, to represent the photographers keeping the surfing machine afloat”, explains Smith.

Something that offers insight into what it takes to grind out a living as a water-based photographer in the surfing industry: a short experimental glimpse at a life lived in the shadow of obsessive photographic pursuits.”

“It also gave me the chance to ask myself a few questions, like, if you’re always observing and documenting what you see and experience, are you ever truly present? Questions like that where I could step back think and then see what the answers were”, Smith says.

As well as documenting various voices and experiences across surf photography, Smith worked with Allan Wilson from the Astray Collective, who acted as Director of Photography on the project. Together they logged hours of footage across the Atlantic coastline, traveling around Ireland, Cornwall and Manchester. Shot in Super 16mm film, as well as groundbreaking work with Canon 5D mk11 Digital SLR, Smith also projected images of the huge walls of water within which he works, on to monster urban landscapes such as sky rises and castles in Manchester, as well as the cliff lines at his home of Ireland

2 thoughts to “THE DARK SIDE OF LENS”