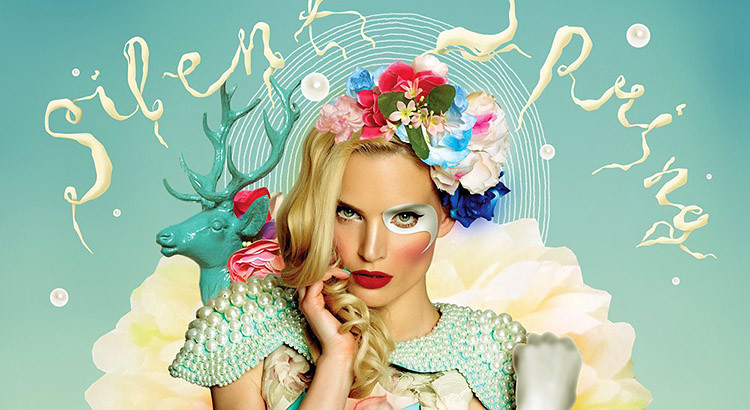 This photomontage by Serbian illustrator Becha was created for an haute couture fashion editorial called Silent Spring that appeared in her home country’s Faar magazine. It showcases the brightly coloured clothes and shoes of designer Ana Ljubinkovic, which are perfectly complemented by Vesna’s high-end photo-illustration style.
The work features photographic elements shot by Miloš Nadaždin (milosnadazdin.com) in his studio, and hand-drawn type and elements created by Becha.
In this tutorial, you’ll learn how to incorporate all these elements into one image and get a dreamy, surreal atmosphere inspired by nature. Becha explains how to make ceramic facial masks that match a model’s face and how to give vector lettering a three-dimensional look. She also looks at how textures can be used to enhance an atmosphere and how adjustment layers can integrate unusual elements. 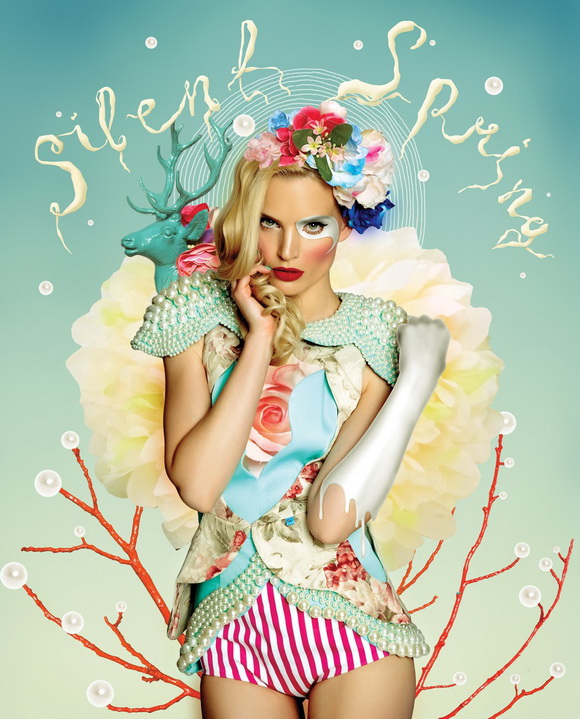 In this tutorial, I will show you the steps I took to Create a Glowing Liquid Text Effect in Photoshop. We will be practising the use of liquify filter, layer blending options, as well as some image adjustments.
This is a beginner level tutorial and the steps are easy to follow (well, the hardest part may be the liquify filter usage), have a try! 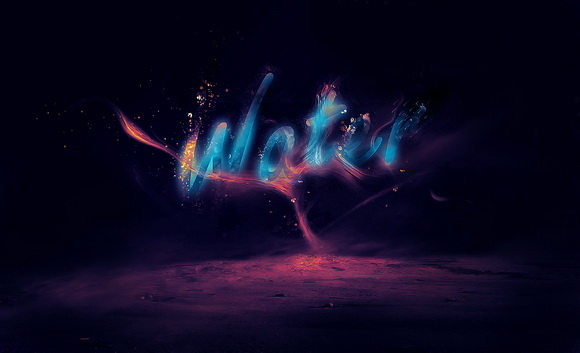 3. Take My Soul Away – Photoshop Tutorial

In this new tutorial we’re going to learn how to extract an object from a white background,create a paint effect using some brushes and create a quick HDR effect in a few easy steps. So let’s start.

In this tutorial, Spanish artist Daniel Caballero explains how he creates his vector artworks from photo references in Photoshop. He details how he combines elements from different sources, and adds in graphic elements to create a detailed illustration, including tattoos, clothing, shadows and lighting.
You’ll learn to use the Photoshop’s Pen Tool to create clear shapes and lines, and then stylise them using Daniel’s signature style. He also explains how to add and change details and elements to give the piece a hand-drawn look.
Note that while Daniel has used the Spanish language version of Photoshop to create this tutorial, where needed we’ve provided direct translations of panel and tool names and settings in the text. 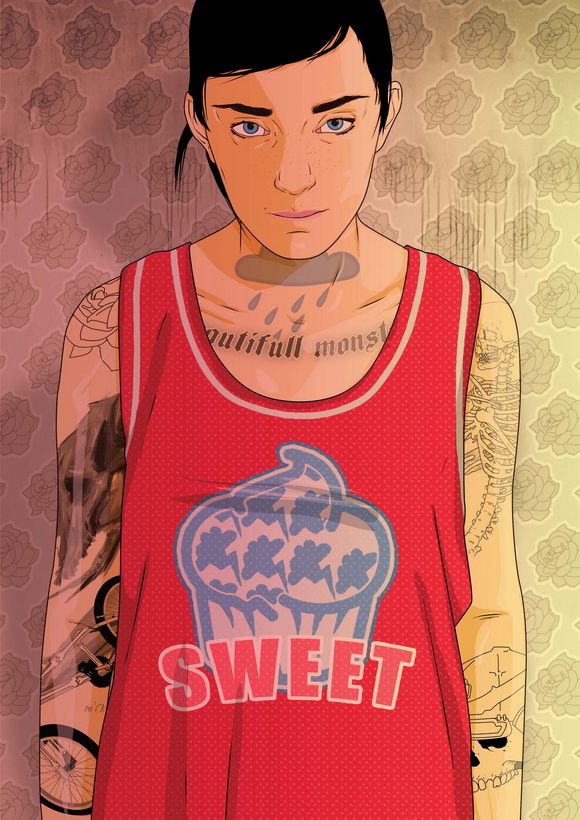 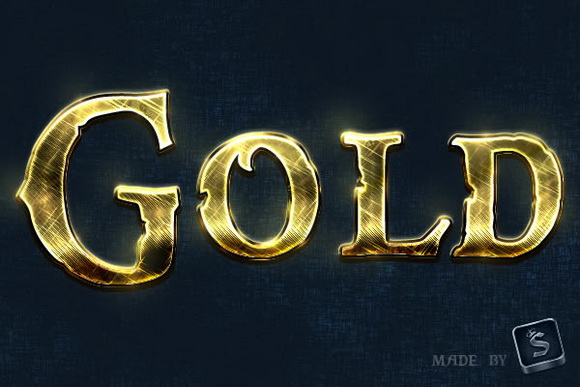 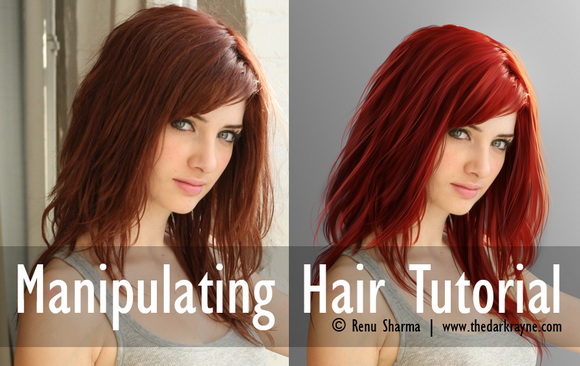 When I set out to create this image I wanted to represent an elite soldier (a sniper) that was operating in a desert-like area. What I had in mind was somewhere like Afghanistan or Iraq, but in the near future. The general idea was to paint a soldier wearing body armor, a baseball cap and big boots. I searched the internet for all kinds of images of soldiers with different weapons and uniforms, looking for references. I think that reference images are very important if you want to create a realistic image. 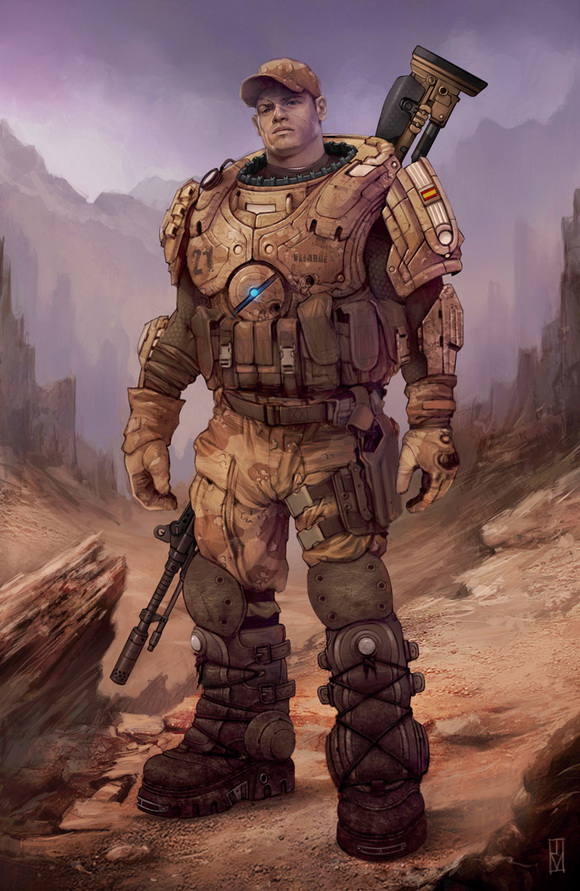 In today’s tutorial I will be walking you through how to create a detailed metallic texture volume knob using almost entirely vector shapes, meaning you can use it at any size with only a few slight adjustments. Not only are we making an awesome volume knob, but we are also learning some techniques that we can use anywhere else, in plenty of other projects. 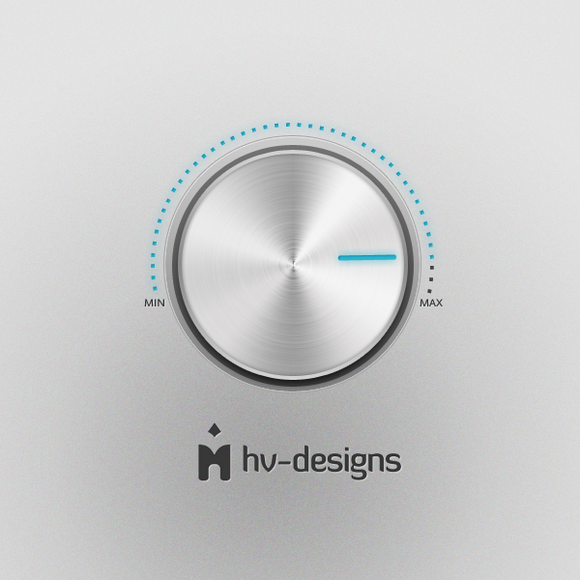 In the following Photoshop tutorial you will learn how to create a semi-realistic MacBook Pro from scratch. First, you will learn how to use the grid and the snap to grid for an easier workflow. We’ll start with some simple vector shapes and several warp techniques along with a bunch of basic tools. Next, we’ll add some color using the Layer Style properties. Finally, we’ll use Layer Masks, Clipping Masks and some discrete Noise to add the final touches for your illustration. 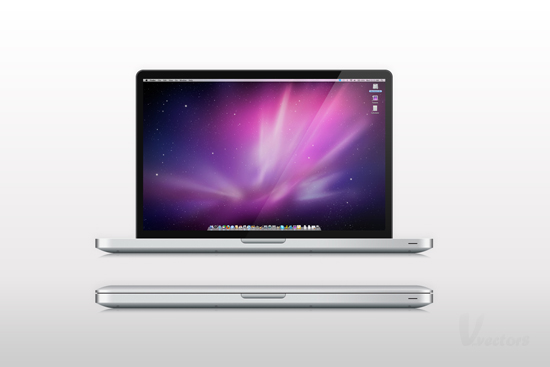 10. How to create a RED RIDING HOOD Artwork in Photoshop 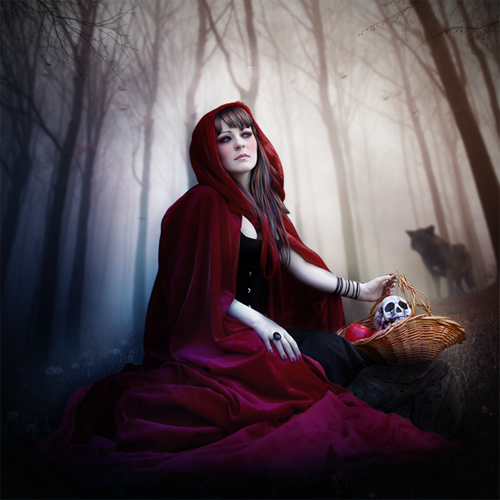