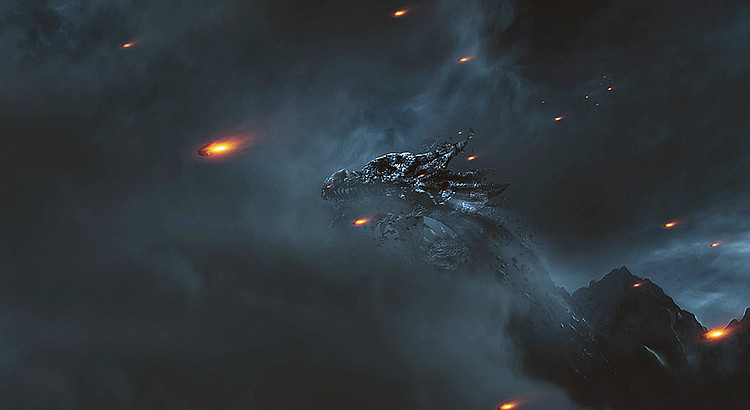 A very requested tutorial by so many people was how to create a digital painting effect on portraits. I came up with a technique that gives some pretty nice results.

We’ve featured quite a few posts and images with the effect most call double exposure. This technique consists of 2 images superimposed. There are some really nice examples with very intricate overlaying, usually with faces of people mixed with photos of nature. I’ve been thinking about giving it a whirl in Photoshop for a long time and I’ve finally gotten around to it.

So in this tutorial/case study I will show you how to create this double exposure effect using Photoshop and some stock photos. The process is simple however it does take time to adjust the details. 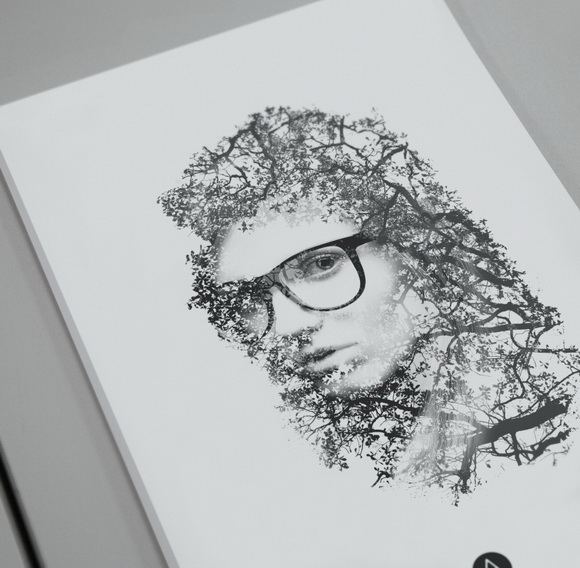 In this tutorial, Adi Gilbert explains how he produces beautifully-crafted illustrations using a blend of traditional brushwork, and digital techniques with a tablet, stylus and Photoshop.

“I like to think of my Mac and my tablet as just another tool alongside my pencils, brushes and inks,” says Adi, “and try to combine them all to keep a hand-crafted feel to my work.”

By using traditional drawing techniques and textures, you can create a tactile, imperfect piece that can then be coloured and enhanced with editable, digital layering. This technique gives you the best of both worlds, especially when working to deadlines or changing requirements.

The illustration is a reinterpretation of a piece he did for a motorcycle magazine. He describes it as: “A pretty good example of how you can take advantage of the awesome potential a tablet and stylus can give, especially if you are more comfortable with holding a pencil or brush than working with a mouse. Unleash the power!” 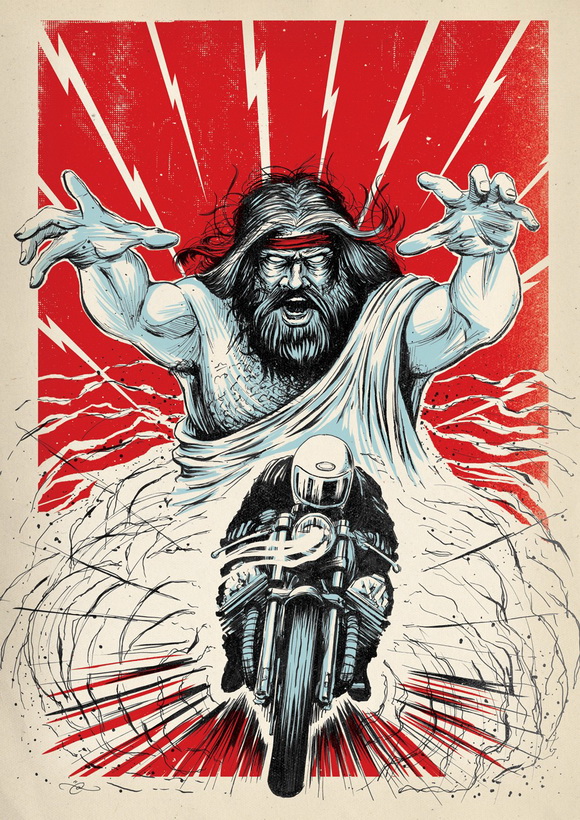 In this Photoshop tutorial, I will show you the steps I took to Design this Magical Fire Energy Text Effect in Photoshop. This is a beginner tutorial and I will show how easy it is to create a great looking text effect in Photoshop in just a few steps. We will come across some paintings, layer blending, and image adjustments. Have a try! 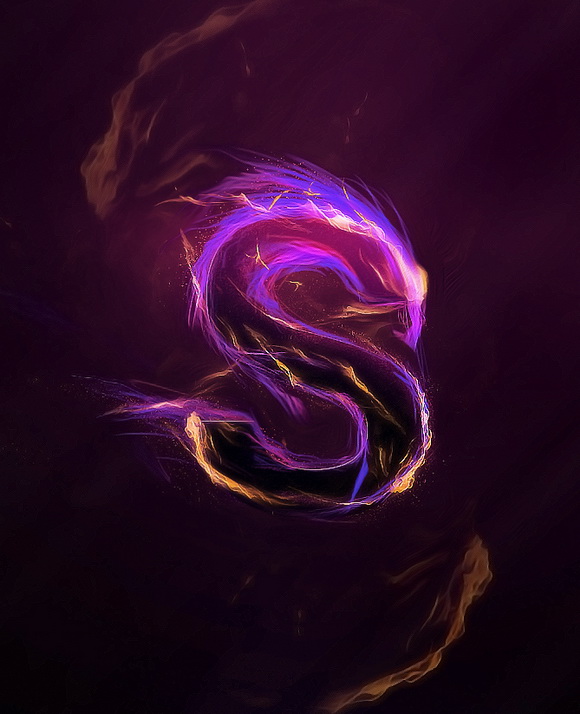 5.Photoshop tutorial: Composite a 3D building into a photo

In this tutorial, architect and illustrator Andreas A Tjeldflaat takes you through the post-production steps of an architecture rendering in Photoshop. The featured techniques focus on marrying a CG building constructed in Modo and rendered using Rhino into a base photo, as well as building up an atmosphere around the structure that supports the aim of the design.

The goal of this image was to blend a Brutalist prison tower into an urban landscape and calm down its overpowering presence. To do this, the image frames the building as a backdrop to an everyday morning scene. The scene is not intended to be photorealistic, but rather to capture the spirit of the construction and its context. Some artistic touches have been added that take the image beyond realism.

The following techniques are applicable to post-production of any CG rendering. Although it can be seen as a step-by-step guide, the process is not as linear as it seems. It inevitably involves going back and forth between layers; adding, adjusting and tweaking, until it feels right. 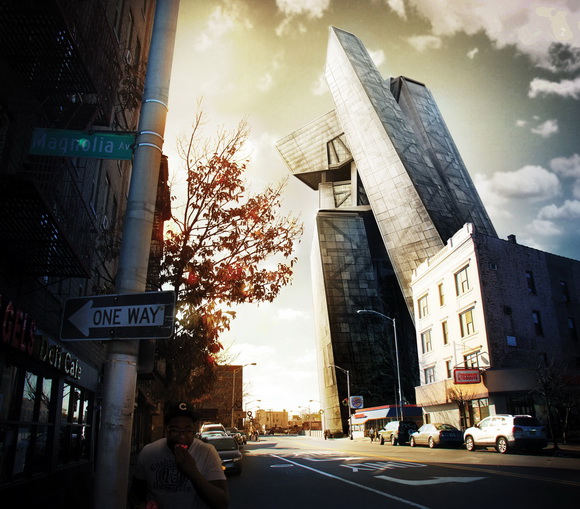 In this tutorial I will teach you how to create a Lighting Photomainpulation using Photoshop. You will learn how to use different settings to fill out your canvas with nice lightnings and blending modes using different stock images to create good lighting effects. Following the steps of this tutorial you will easily learn how to use different tools and tips to create good lighting effects. This is my second tutorial and I hope you will enjoy and learn something from it! 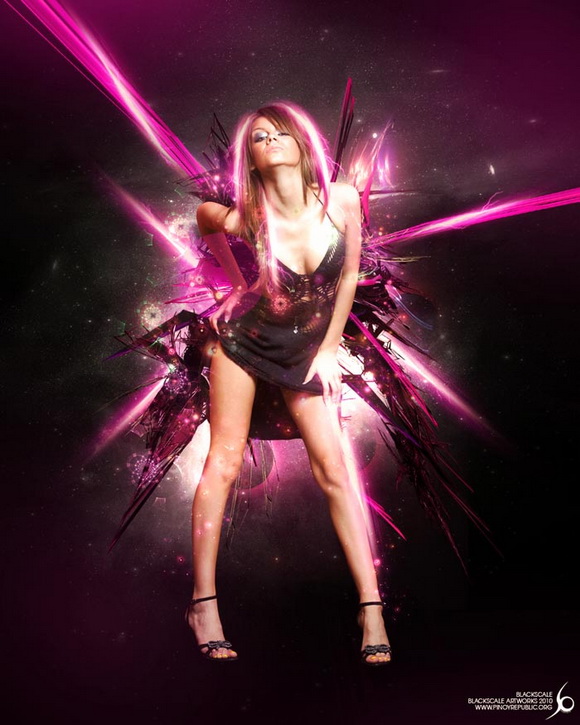 7.Iron Man In Illustrator And Photoshop

Last week I saw the new Iron Man trailer and as usual it was nothing less than amazing. The effects are top notch and I’m really anticipating seeing it in May. There’s still a couple of months until we can set our eyes on the real deal so I decided to create the Iron Man mask from scratch using Illustrator and Photoshop just to warm up and to try to improve my illustrating skills.

So for this tutorial I will show you how to create the Iron Man mask using Adobe Illustrator and Photoshop. It’s not too detailed because I wanted to share a simple overview/walkthrough so you could play and explore by yourself. In the end that’s the best way to learn. 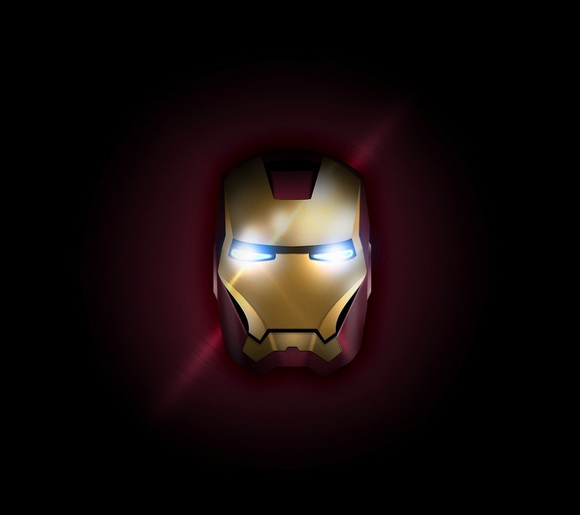 Fantasy art scenes are usually handled with a liberal sprinkling of Photoshop plug-in fairy dust – but you don’t have to slavishly follow that route. By creating your own brushes in Adobe Illustrator, and using scanned elements with Photoshop, it’s a simple process to create otherworldly scenes that are alive with glow effects and shafts of virtual light.

This masterclass takes a standard stock model – a super high-resolution version is included on the download link, or you can use your own – and applies layers of light and vector shapes to generate the main image shown left.

During this masterclass, you’ll learn to wrap your source image into a multitude of layers that add a fantastical theme to your art. The key here is to tread softly. When recreating fantasy light effects, soft brushes and fine application is the order of the day. Anything that’s too heavy can ruin the look.

The masterclass also draws on a element that some Photoshop users are reluctant to explore – that of physical art then added to the composition. Here, Murilo uses tools such as a toolbrush and screwdriver in addition to digital design tools to create the whirling snow effect.

Obviously, the final result is down to you, but you should also experiment with colours and blends once you’ve mastered this technique to create your own look.

The best thing is you can create images like this without using a single plug-in. 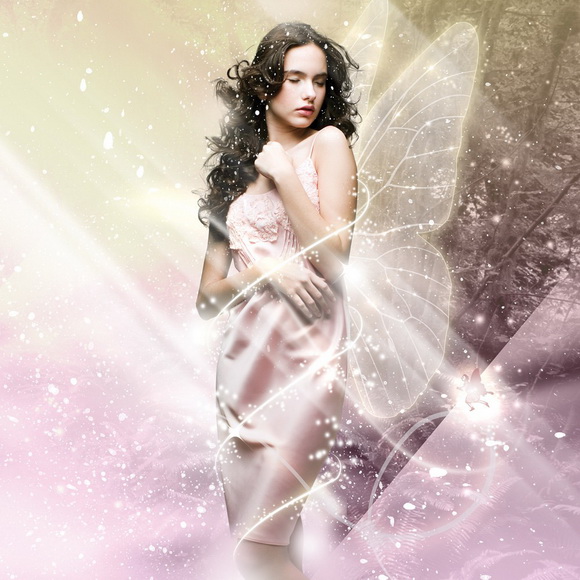 9.The Creation of “Dragon Mountain” Digital Art in Photoshop

In this tutorial, I will show you the steps to Design “Dragon Mountain” Digital Art in Photoshop. This is a good example to show you a few simple methods to blending objects together in Photoshop, and edit them with various image adjustment tools. This is an intermediate level tutorial, have a try!
The concept behind this work is that a dragon die centuries ago, and the body become part of the mountain. The time has come for the dragon to be resurrected by a unknown dark force. 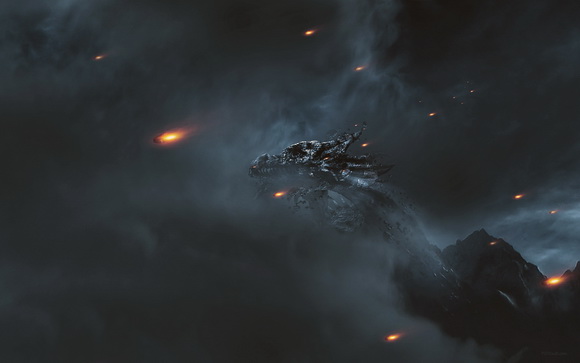 10.The Creation of “Doom Bringer” Fantasy Digital Art in Photoshop

In this tutorial, I will show you the steps to create this “Doom Bringer” Fantasy Digital Art in Photoshop. Along the way, we will practice cloud rendering, some simple photo retouch techniques, image adjustments, and a few tricks on how to seamless merge several objects together.
This is an intermediate level tutorial so some steps can be tricky, but why not have a try! 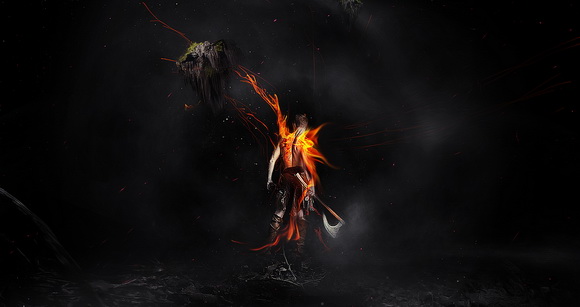