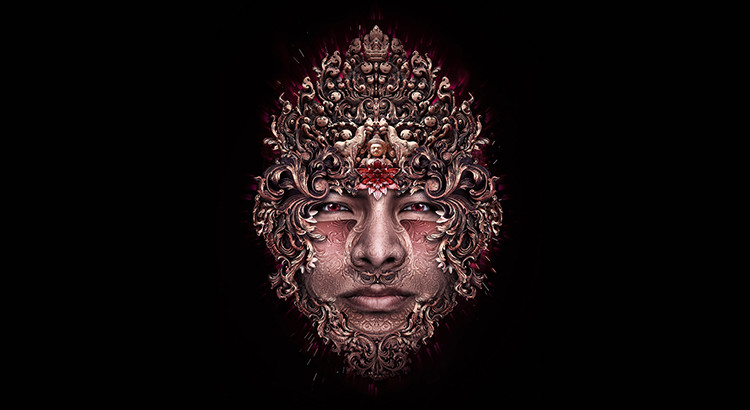 1. Create slick abstracts with a limited palette in Photoshop CS3 or later

Here, we’ll build a visually striking collage-style image using silk and material elements, and a limited colour palette. Focusing on my piece ‘Black on Black’, we’ll explore how to create an abstract feel with the addition of natural elements – such as a horse head and human hair – and experiment with a different grid structure to give the piece its ultimate impact.

In this tutorial I’ll also explain how to recreate one of the most striking aspects of this piece – its limited colourway – and how to achieve the right balance using limited shades. The images I’ve used here have all been selected from stock photography websites, so think about the kind of image you want to create before starting and have a look for some of your own. 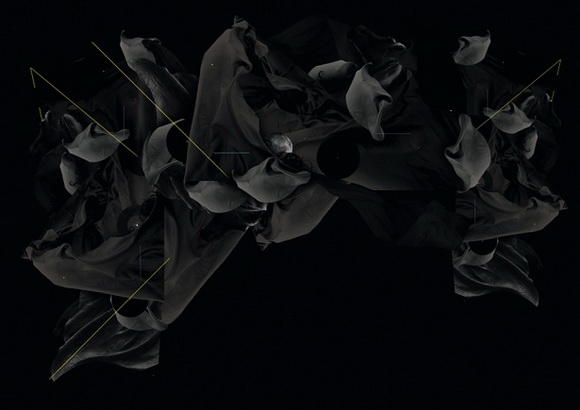 About graphic designer Dines :
Since receiving a BA Hons in Graphic and Typography Design in 2007, London-based graphic designer Dines has built a firm client and fan base in London, working with clients such as MTV, Defected Records, Nike and Channel 4. He is also the founder of award-winning digital design group Studio Blup.

2. Use lighting effects to make photos sparkle in Photoshop CS4 or later

Turning a run-of-the-mill photo into a dazzling one is simple – when you know the right tricks. In this tutorial, Photoshop maestro Pete Harrison — aka Aeiko — shows how to create a variety of light effects that can be applied to photography or illustration with equal impact.

From sparkles, pixie dust effects, coloured light spots and light beams, to using splatter effects as a form of lighting, it’s all here. Some of the tricks you’ll learn are created through cunning use of stock photography, while others make use of Photoshop’s built-in tools. 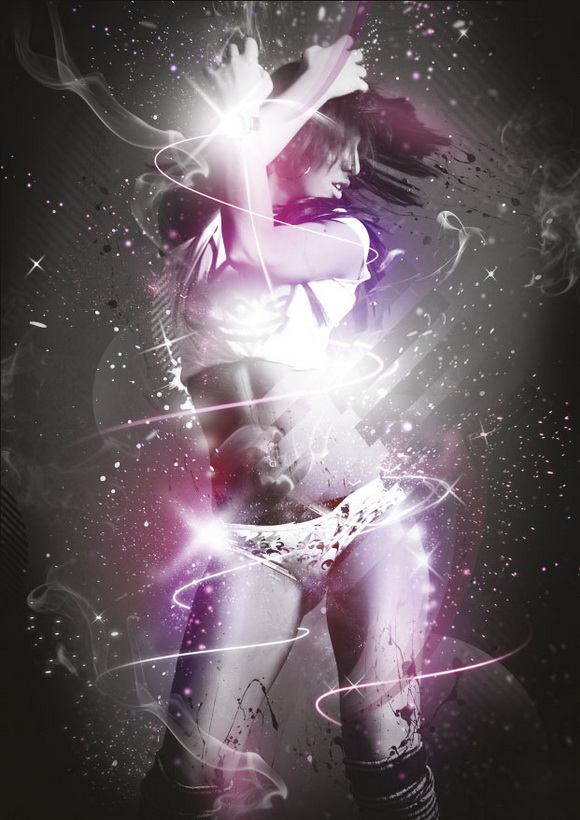 Find out how this amazing image was created with Photoshop. This Photoshop tutorial will teach you many techniques that you can use to enhance your photos. 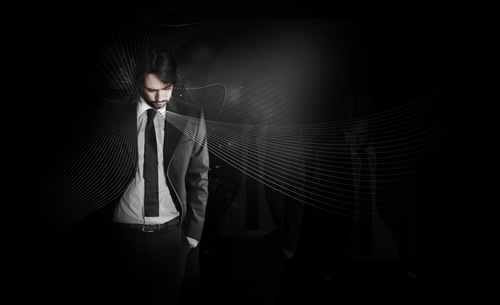 In this detailed and lengthy Photoshop tutorial, you will learn how to combine photos and add special effects to turn a normal photograph into a stunning artwork. You will also learn several tricks to reduce your Photoshop document file size and number of layers and layer styles. 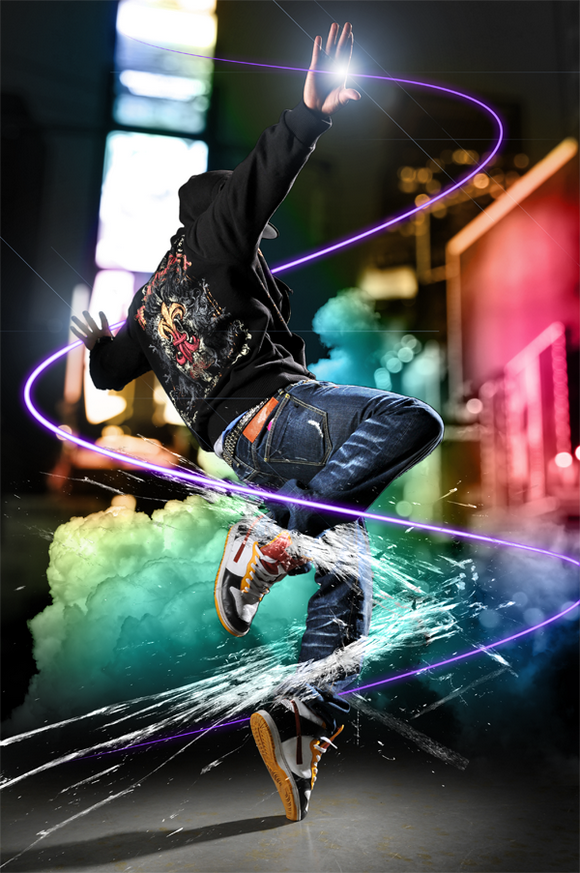 5. The Making of Mystic in Photoshop

In this tutorial Nik Ainley walks us through the process of making a spectacular image. This tutorial focuses on the big picture steps taken to create this image. You’ll learn some incredible techniques in this tutorial, and get a view into how Nik creates beautiful photo-manipulation based images. Let’s check it out. 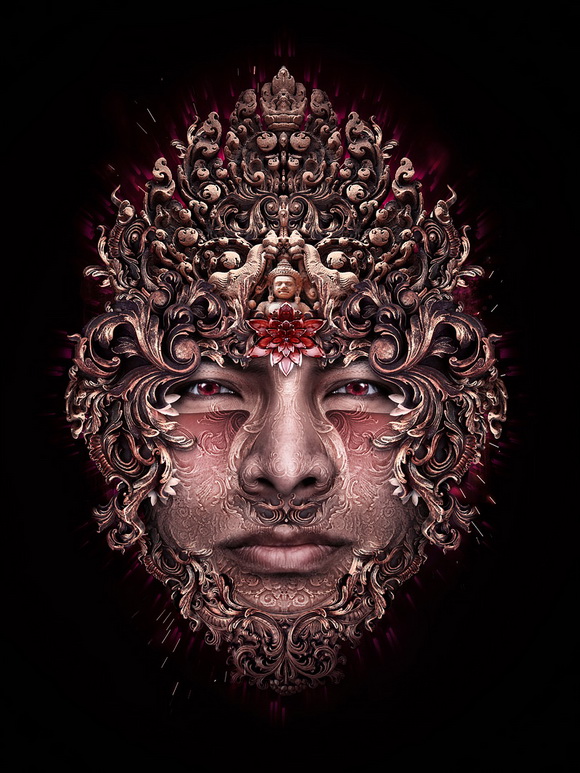 6. Create a Funky Perspective of a Model Riding Digital Volume in Photoshop CS4 and Modo

This is a tutorial illustrating perspective techniques and how you can achieve the feeling of depth and motion. We will be doing this in a few steps, such as placing the main character, creating the volume fading away and adding foreground and background images. Let’s get started!
Programs: Adobe Photoshop CS4 and Modo
Difficulty: Advanced
Estimated Completion Time: 5-7 h 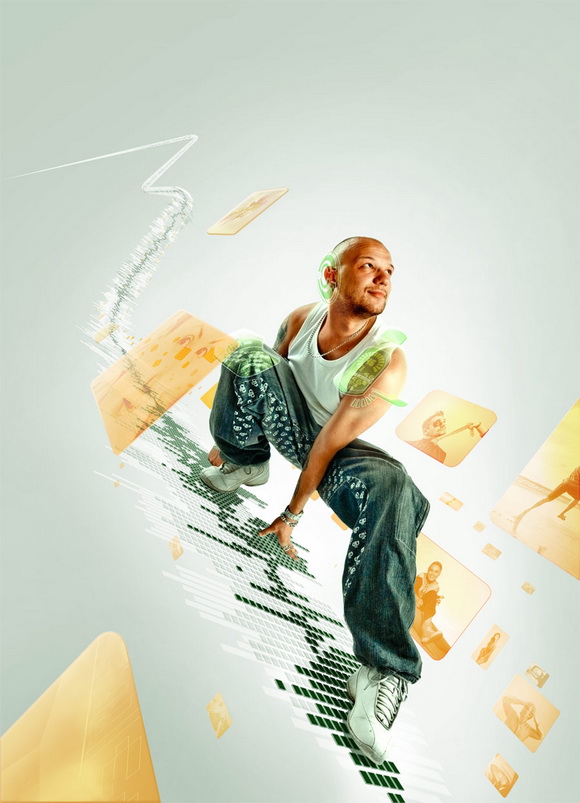 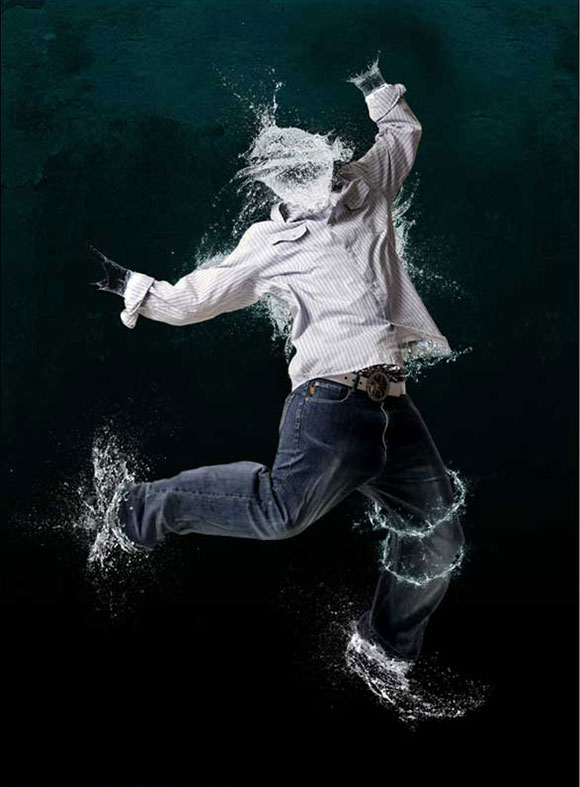 Bring velocity and meltdown to your subjects with a little magic. Doucin Pierre, aka Someone, shows you how.

I like to create dynamic work that conveys a sense of velocity in its subjects, and the visual featured in this tutorial is a prime example of that style.

In the following steps, I’ll let you in on one of the most effective and easily mastered techniques that I use to make striking, dynamic distortions of subjects – in this case I’ve used a model, although the technique can be adapted to any objects that you wish to feature in your work, such as cars or trees.

In this tutorial we’ll use brushes to create what look like stains of paint, but in your future work you can use similar techniques with any number of style forms to dissect and distort your subject. 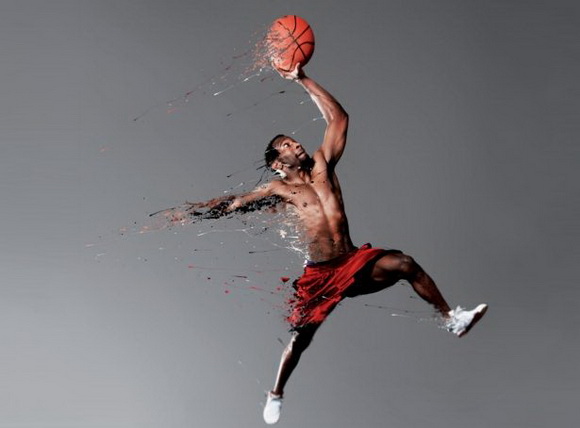 In this tutorial, we’ll create a complex glowing wallpaper using Photoshop.
We’ll be using custom brushes, several blending modes, lightning techniques, and blurs.
The tutorial was created using free resources, so you can easily recreate it by following step-by-step. 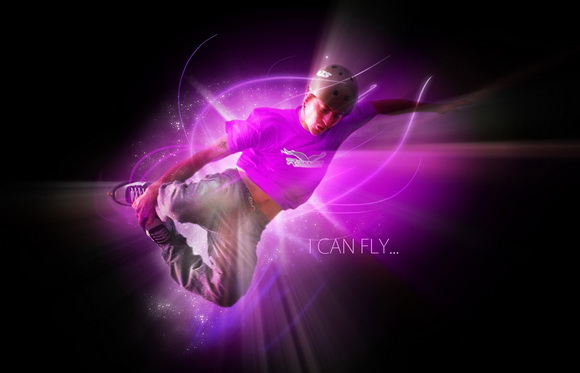 In this tutorial artist will demonstrate how to use fashion photography and various techniques to create a cosmic-inspired scene in Adobe Photoshop CS5. 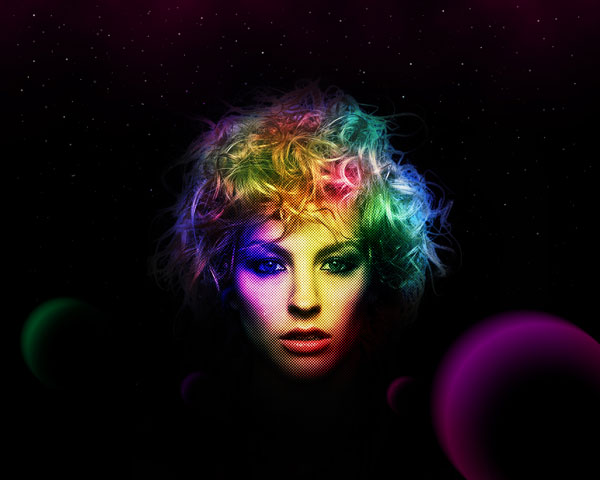