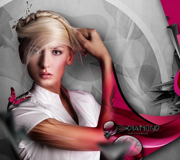 I am a young artist who has traveled the world abroad and has always been interested in the arts.
As of November 10th, 2011 I have been an Eagle Scout.

I have been using photoshop for the past 5 years developing my skills by trying new things to create an original but modern style of art. I have been practicing almost everyday with photoshop and illustrator as well as the use of the pen on paper. With my art I try to take basic themes and ideas and try to present them in a new and attractive way.

As a young adult I have traveled the world starting in the Middle East. Ive been to places in Europe, Africa, parts of the U.S.A, and hopefully will see South America and Asia. As a artist I have a huge knowledge and perspective on the world allowing me to integrate it in my work.

In order to see more of his great work please visit : 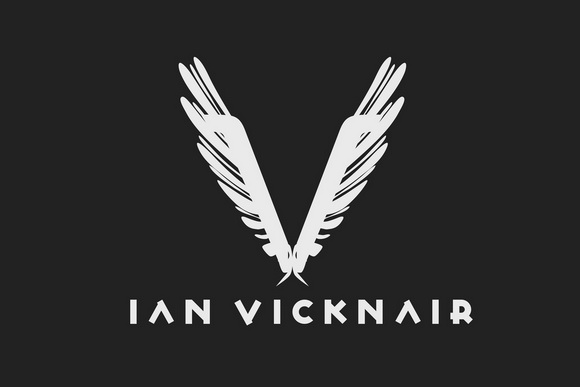 This logo has a “V” as the main part of it with wings attached to it. The “V” represents my last name “Vicknair”. With the wings, it is to represent my work and the type of work I do which is digital art. With the wings it is to represent my work growing and becoming better and better though the years. As my work develop so do my skills with graphic design, photo montage, and all type of digital arts. The wings also represent a new beginning for me and my art direction. For my newest work, I want to show more of me and who I am as a person. 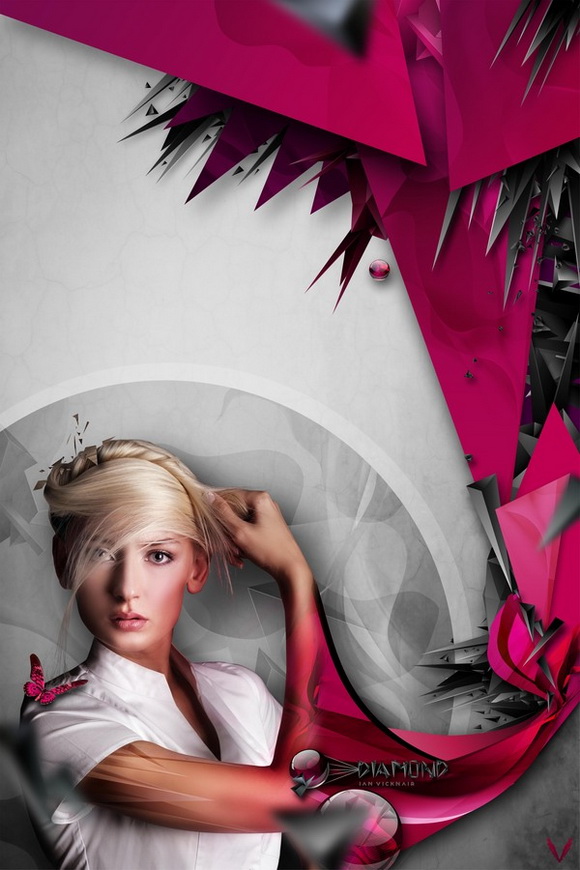 With every person, we have a central core where it may sometimes be unstable and go wild. With a new Year Starting I plan on improving my work to a new level of professionalism. Making my digital art more experimental as well as creating my won style more unique. 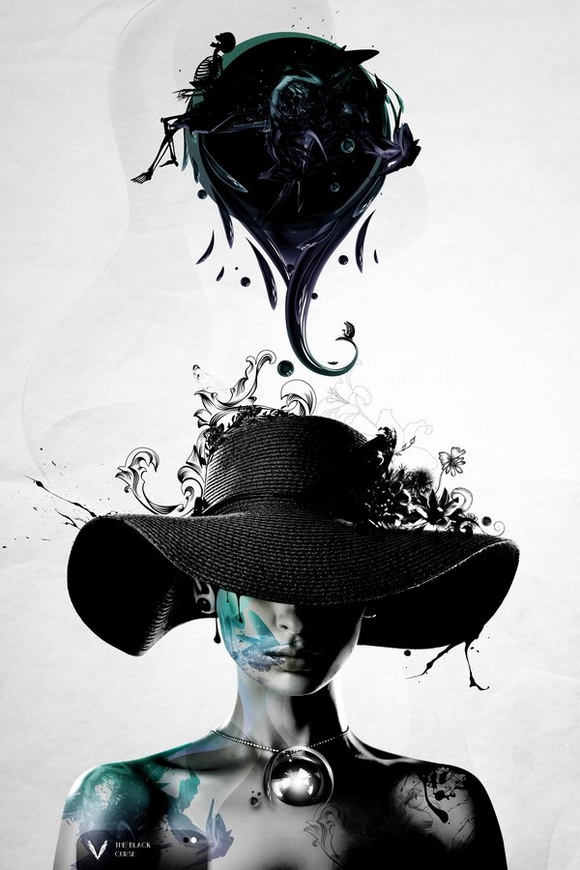 In the previous century, there were white witches who put curses and spells on people. witches would spell people by the use of magic or some form of brain power. 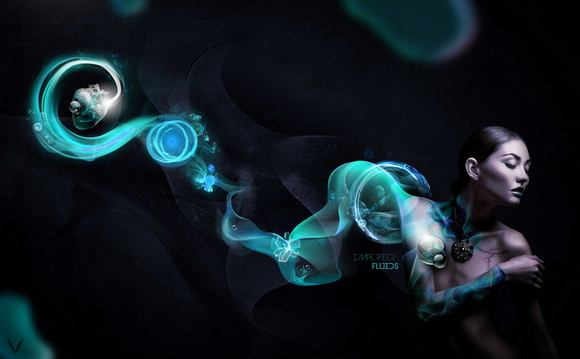 Nothing is ever perfect. Not even the smoothest things such as fluids. 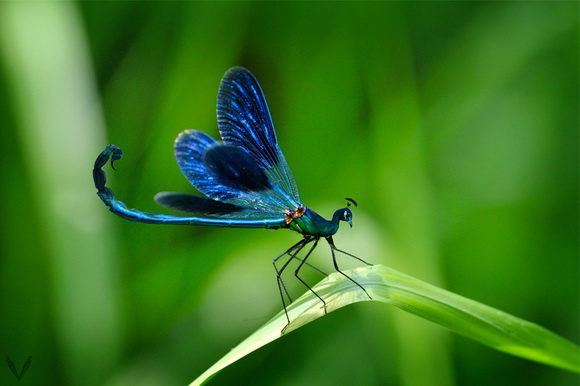 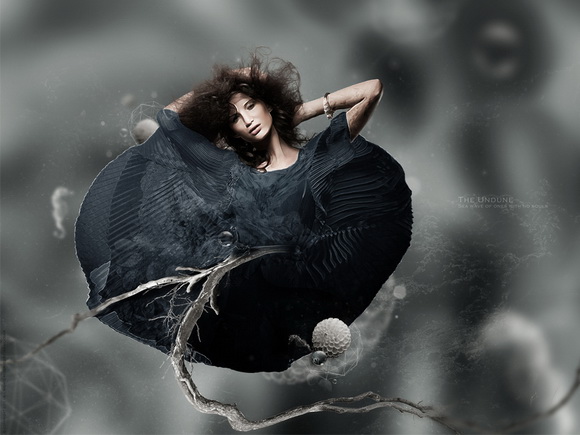 “Sea wave of ones with no souls”

I The undines are the sea fairies of ancient Greece, who appeared in the Aegean Sea as seahorses with human faces and the word ‘Undine’ means wave. Though more frequently they have the appearance of a beautiful human but they lack souls.
In Christian tradition the word ‘soul’ ties in with salvation and damnation – that the undines have no soul means they are outside of human law. 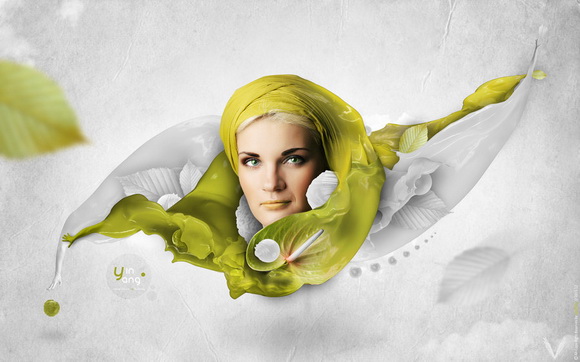 This Symbol (Yin-Yang) represents the ancient Chinese understanding of how things work. The outer circle represents “everything”, while the black and white shapes within the circle represent the interaction of two energies,called “yin” (black) and “yang” (white), which cause everything to happen. They are not completely black or white, just as things in life are not completely black or white, and they cannot exist without each other.

With my Yin Yang, I wanted to represent the two energies as Humanity and Mother Nature. How both need one another for its survival and existence. Both nature and humanity go hand in hand. 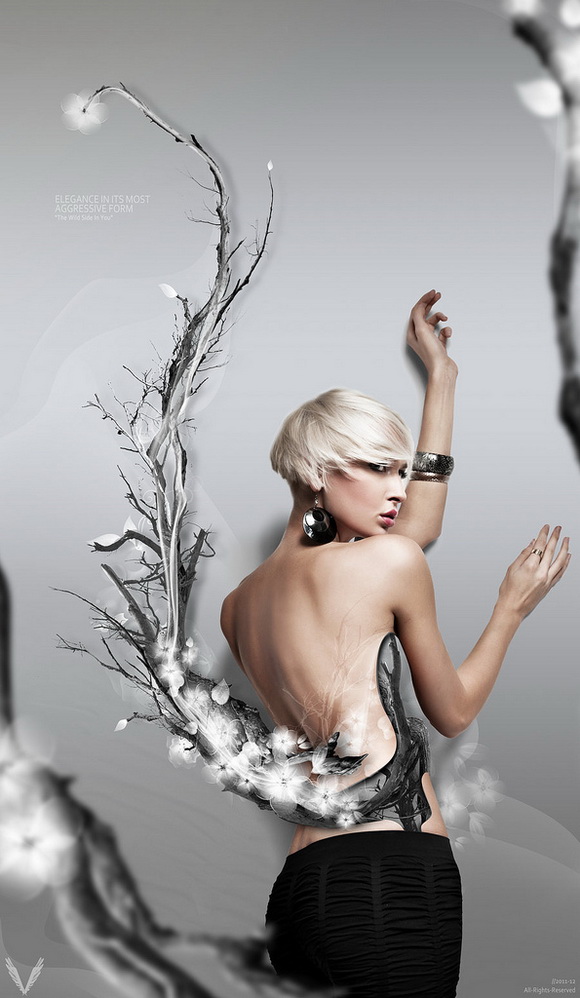 What is elegance? Throughout my art work, I try to represent beauty and theme through color and movement. But the lightest elegance is the one who has only one movement and is soft. 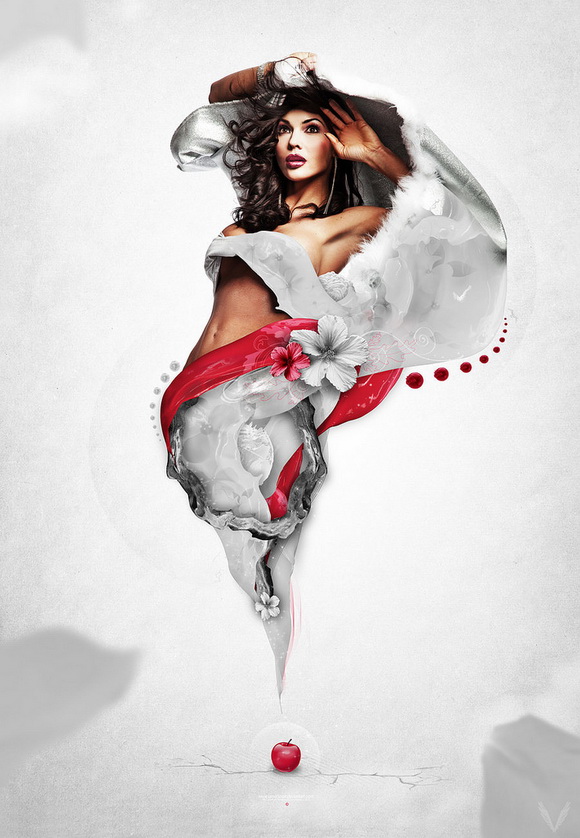 Snow white; a fictional character who was created by the Brothers Grimm. A fairy tale of love and jealousy in a magical world. The evil witch gave Snow White a red apple that poisoned her to sleep. Until one day a man saw here and kissed her to reawaken her.

I consider myself to be similar to Snow White. As a young child I was adopted from Bulgaria not knowing my real parents and having to learn to love my new ones. As I got older, I am still yet jealous of what love really is like. What is the meaning of it, is there a feeling, is it a feeling, or is it an idea or illusion? Are we asleep in our minds not knowing what love really is? 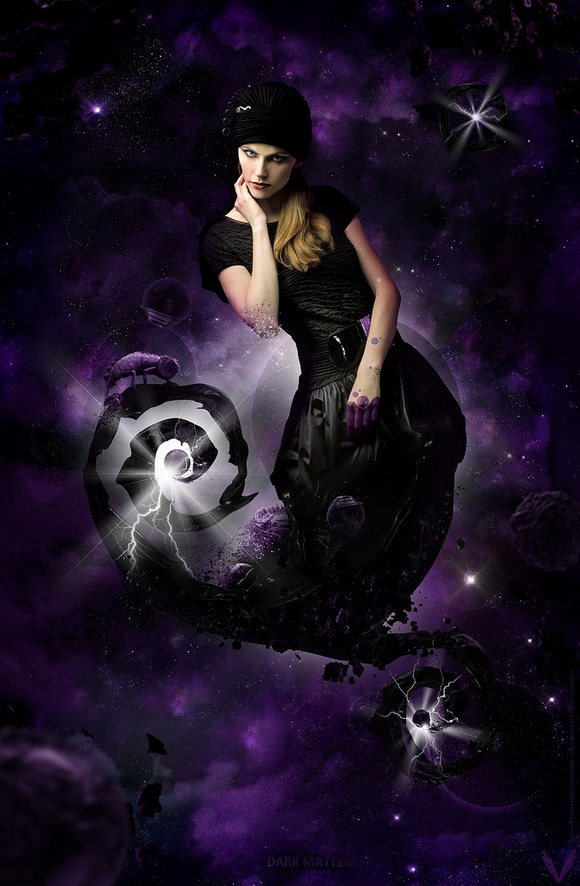 With this piece, I wanted to show my interpretation of what Dark Matter really is.
From reading in my science book, dark matter is a type of matter that cannot be seen or used.
It is simply space. 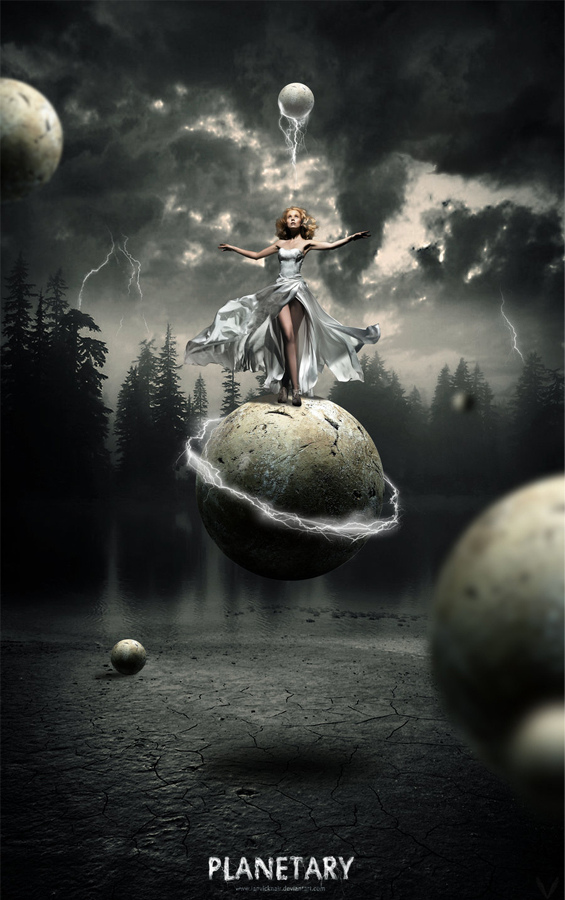 Planetary Alignment
What makes a planet. Its minerals and elements or its way to produce life and energy. 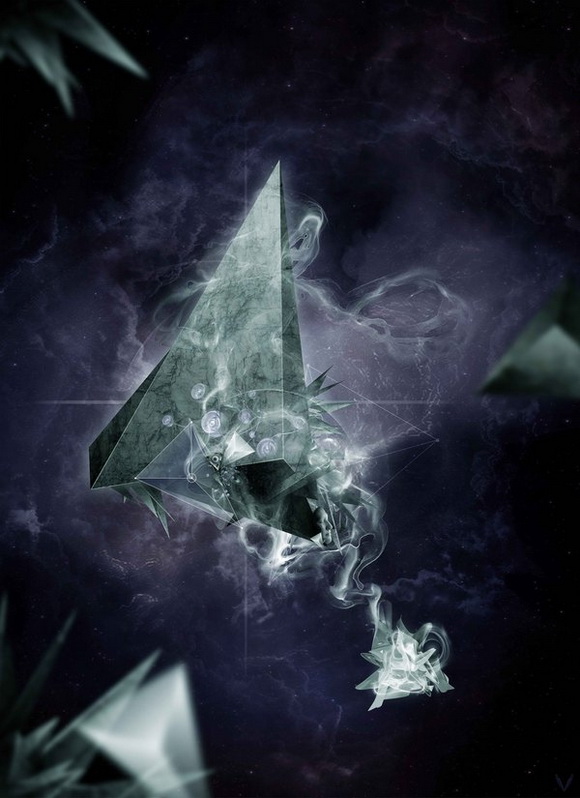 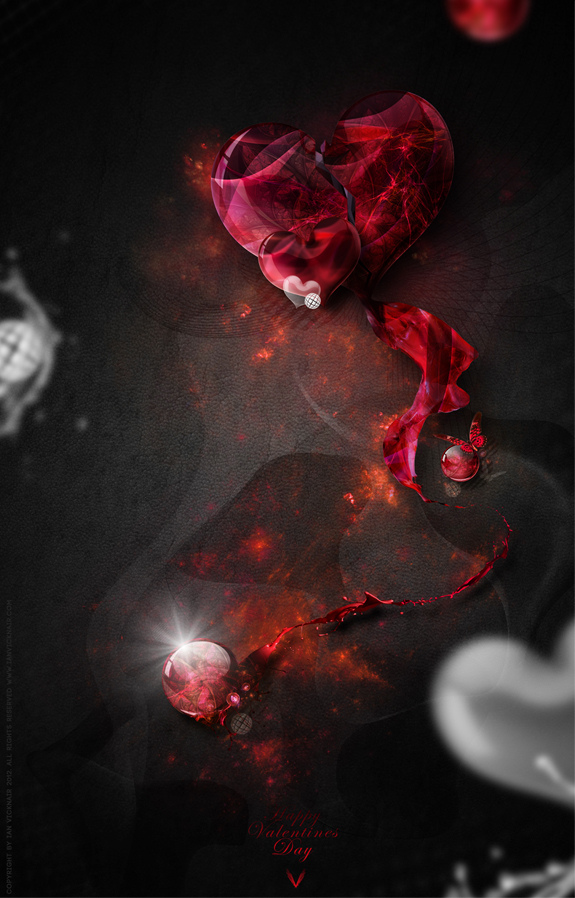 When One thinks of Valentines Day they think Love. But they never understand the real meaning of it and its real truth. Love is the most powerful emotion and phenomena in the universe and the only way for a heart to bleed is if it’s broken by another.

” To receive love, one must show love.” 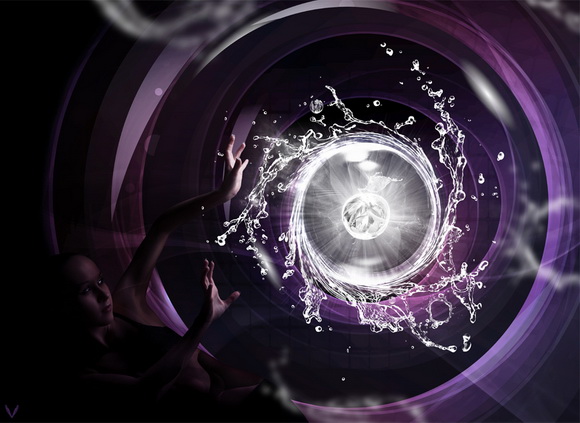 I am a dreamer! I am always thinking of what the future for myself and for others holds. “I have a dream” 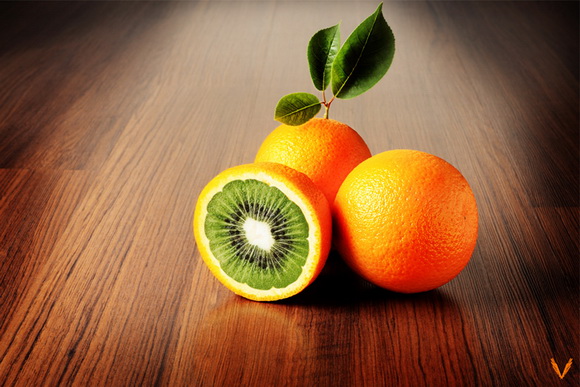 A remake of one of my old ideas. I decided to change the way I had created the combination of the orange and the kiwi combined as well as the lighting to make it look more real.

This is something I have been thinking about for a while. I always feel like I am being compared to other people and that that is what others look at. When being viewed, I want people to see me and who I am and nobody else. Its just me, who else?

Working with typography lately trying to come up with graphic design ideas and originality. What do you think?

How to work on Research papers through Mid-Terms

THE DARK SIDE OF LENS